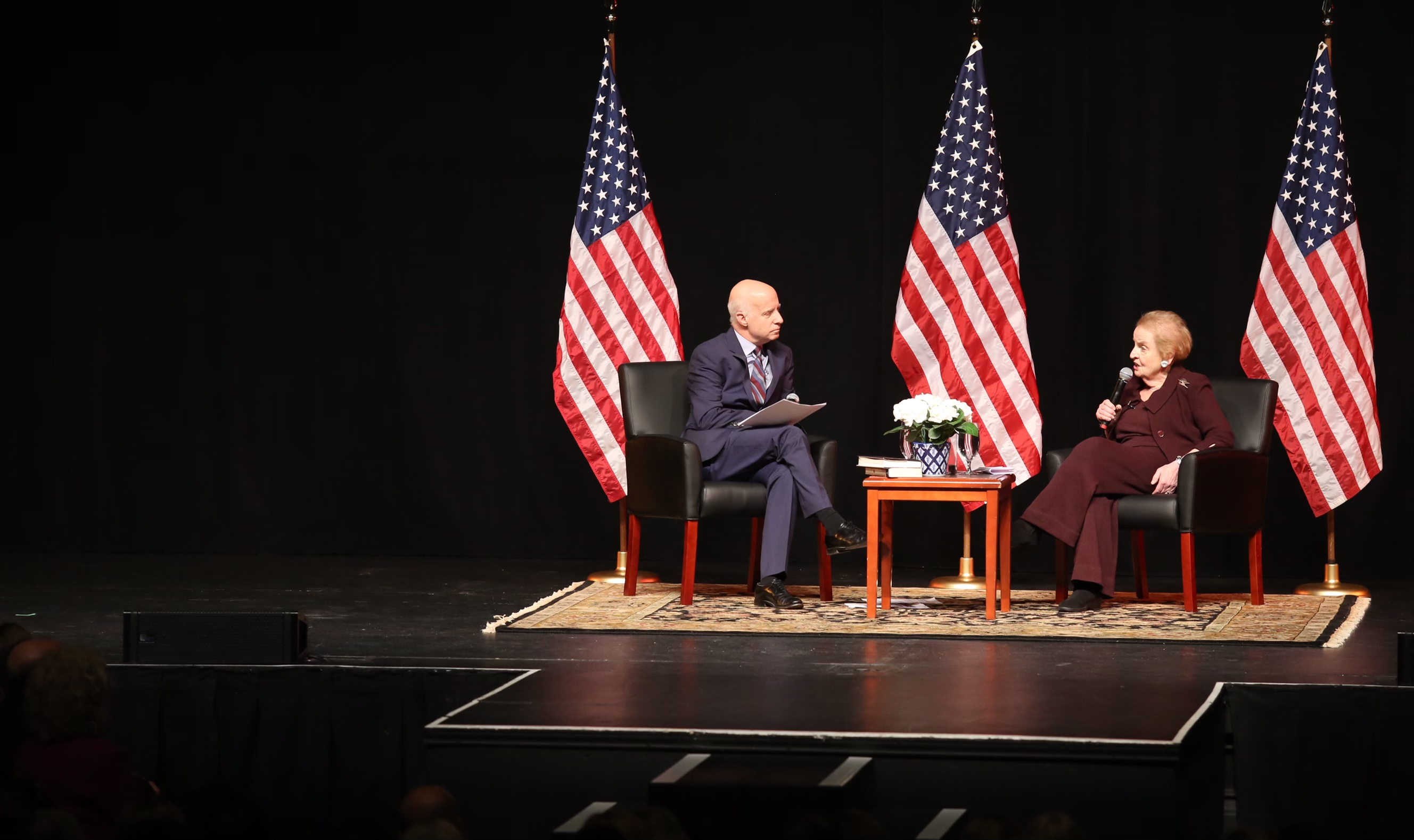 Jim Falk, a McCuistion TV: Perspectives Matter co-host, had the honor of interviewing Madeline Albright on fascism in 2019.

Madeleine Albright, an American icon and our first female secretary of state, will be missed.

Albright, who served as secretary of state from 1997 to 2001 under President Bill Clinton, pushed for NATO expansion eastward into the former Soviet bloc and helped lead the NATO bombing campaign in 1999 to halt ethnic cleansing in Kosovo. She also served as President Clinton’s U.S. ambassador to the United Nations from 1993 to 1997.