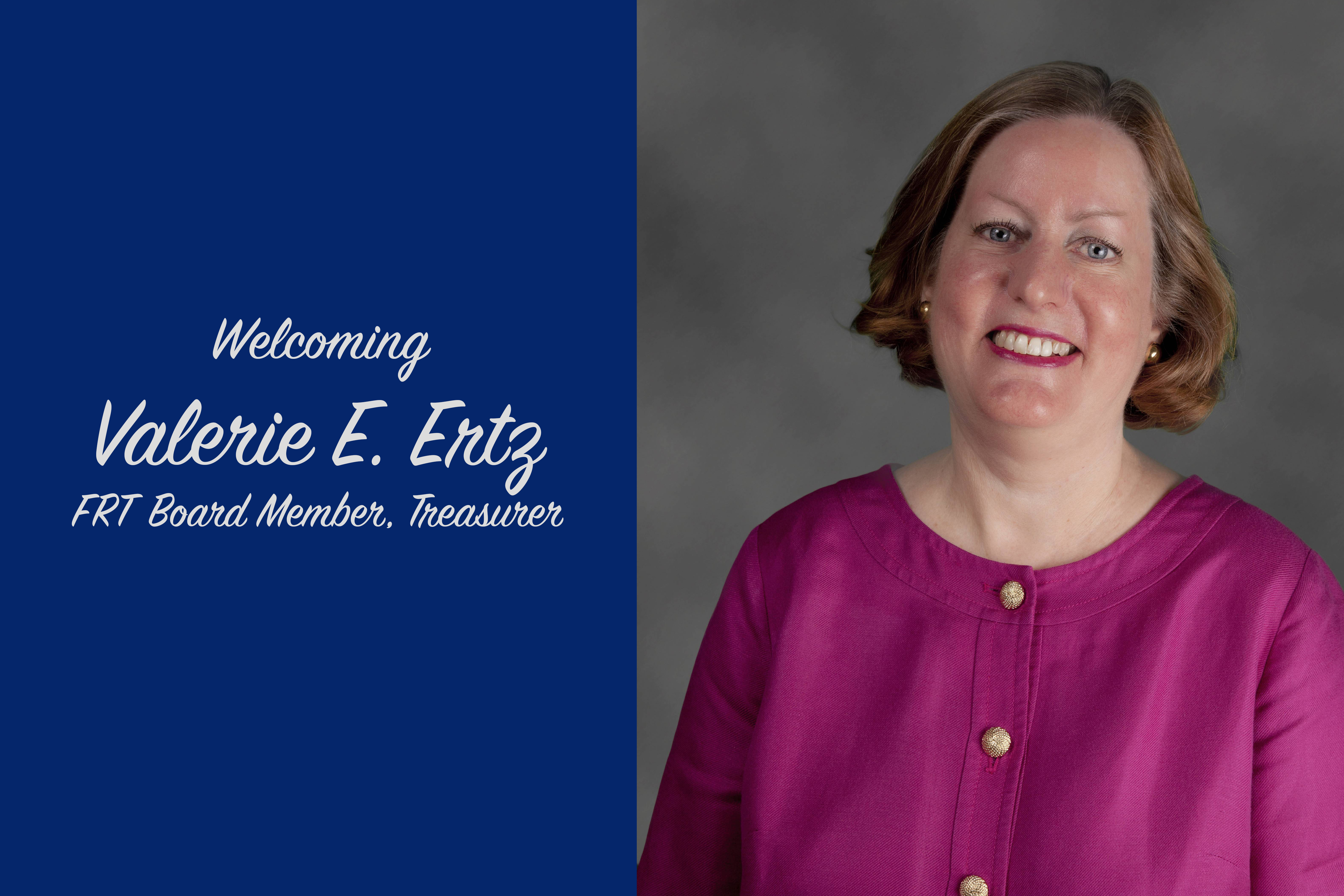 We are pleased to welcome VALERIE E. ERTZ, owner of VEE Services, Inc, as an FRT board member in the Treasurer position.

Valerie’s background with Arthur Andersen and in her own business in tax preparation, bookkeeping, accounts receivable/payable will be a welcome addition.

Ms. Ertz holds a Master of Science in Management at Troy State University and a Bachelor of Business Administration from Southern Methodist University, Dallas, Texas. She has a solid background in community service, including appointments to:

Her spare time finds her traveling the world.