TED is taking over the world!

TED, which stands for, Technology, Entertainment and Design has changed how we view the world. TED talks are watched globally – with an average of 17 new 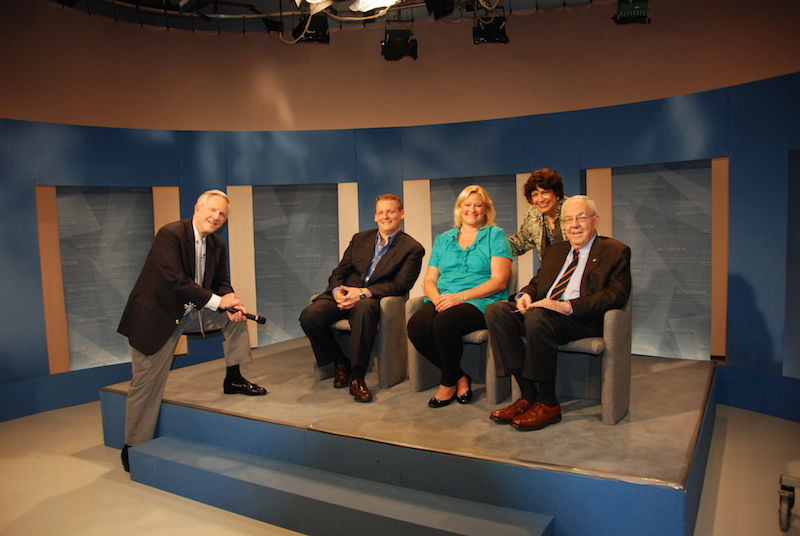 page views per minute. In the fall of 2012 TED celebrated its one billionth video views. Today over 1,700 talks are available online. TED has become so popular that more and more, presenters are emulating and using the TED model in their own presentations.

Started in 1984, as the idea of Richard Saul Wurman, the topics revolve around technology, entertainment and design. The concept didn’t work as planned and it was some six years later before its founders resurrected it. This time, people were ready and the then invitation-only event attracted influential and curious audiences. Today TED is no longer just an invitation-only event; it’s become for many a key intellectual and emotional highlight of the year. TED has grown to include TEDActive, TED-Ed, the TED Radio Hour, and TEDx.

Jim is passionate about TED and the stories and ideas it inspires. He gives us the inside story of how TED, Technology, Entertainment and Design started in 1984 as a fantasy dinner party centered on these 3 areas, with some friends talking and some listening. It grew from a simple, local concept to a global, complex one. From its initial start, 6 years later attendees paid $475 to attend. Today TED attendees eagerly pay 20 times that amount.

Heather talks about TEDxSMU and the TEDx phenomenon, “a radical opening up of the TED format to local, independently organized events”.

On any given day there are 7-8 TEDx events somewhere in the world. Heather is particularly passionate about TEDx Kids which is gaining in popularity. Kids get to hear from adult TED speakers who value the audience and do not dumb down the content.
Jeremy Gregg: Chief Development Officer, Prison Entrepreneurship Program.
Jeremy’s 2012, thought provoking TEDxSMU (Southern Methodist University) raised the interest in the more than 7 million people incarcerated in our jails. He stated that a child who has a parent in prison increases their own odds of going to prison by 70%. Financially the burden costs us $74 billion in corrections. It got participants attention.

Tune in and learn more about how TED has influenced how we view the world and our fellow global citizens.

Thanks for watching as we talk about things that matter- with people like you- who really care.