The cost of energy supplies affects us daily and already we are seeing even higher prices at gas pumps and increasingly heated debate over our energy policy.

Dan Yergin, author of The Prize and The Quest joins McCuistion via a previously conducted interview. He states that with the increased availability of shale, gas and other technology driven solutions  America is on the verge of becoming more energy secure and  fast becoming more energy independent. In the near future America may be far less dependent on the Middle East for its oil supplies. We’re also twice as energy efficient as we’ve ever been.

today. Further, the development of new ways of producing oil and gas through technology are huge factors in today’s energy security for America. The availability and price of energy affect our lives on a daily basis and with our close connection to Canada our pooled resources allow for imports actually going down. With US oil production up the good news is more money is being spent in the US rather than abroad, creating much needed jobs.

We also feature the late Matt Simmons; author of Twilight in the Desert, who talked about peak oil and the impact this could mean.

Joining us for the studio discussion,  bringing us the latest in energy news are:

Laura Miller, once very much against dirty coal plants, is now working on a new concept involving building clean coal plants that capture 90% of carbon dioxide and sulphur; taking carbon dioxide, compressing it and pumping it back into oil wells. Summit has gotten significant grants – including $450,000,000 to work on these projects. Chuck Davidson’s company is far ranging, with exploration from oil and natural gas, in West Africa, Guinea, Israel, Mexico and Pennsylvania among others.  He informs us that the changes in technology have resulted in a 100-year plus supply of natural gas. 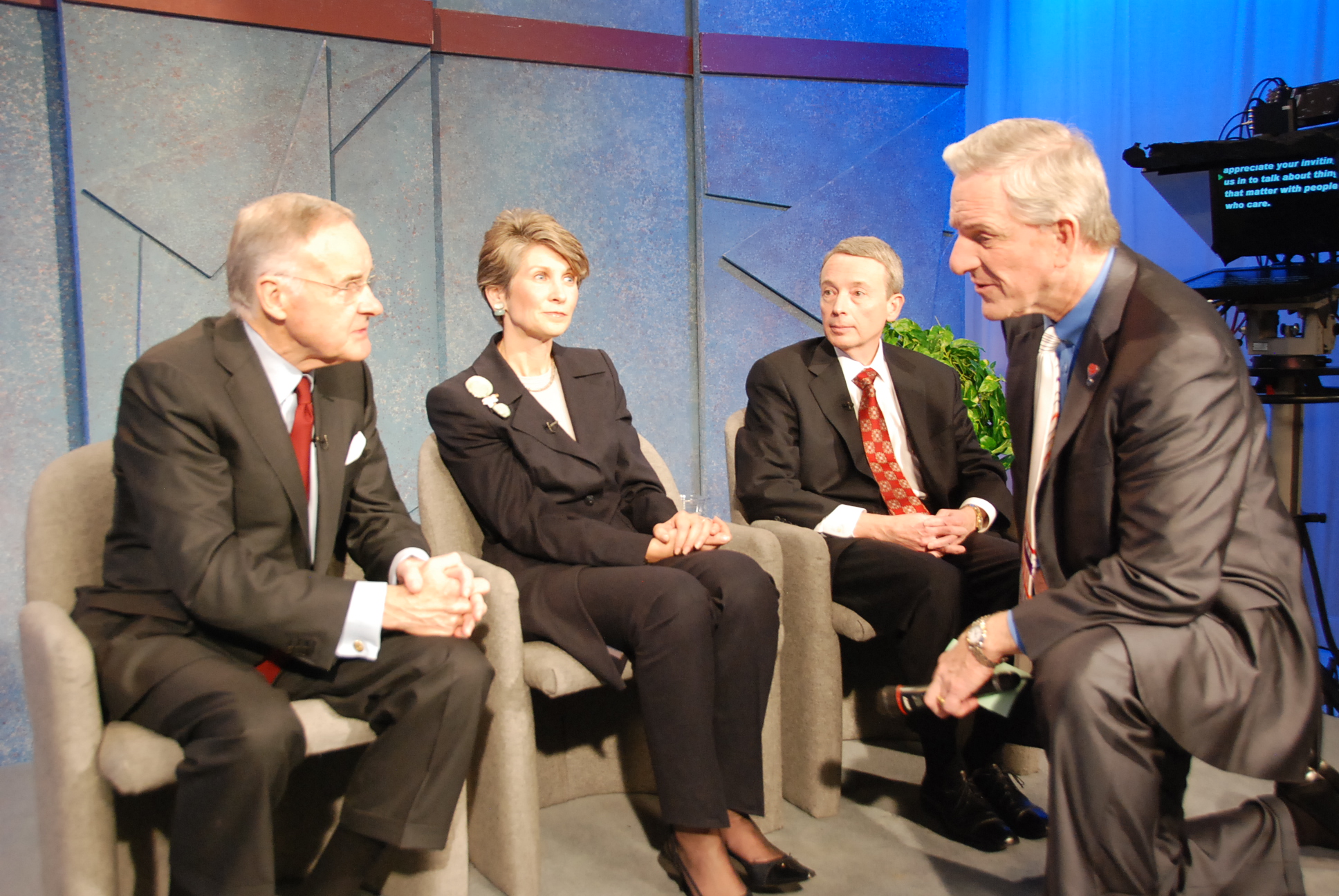 Edward W. Blessing believes that by 2017; if we continue on the present path of oil and gas exploration and safeguards, the US could well be the largest oil producer in the world. Production is increasing to a million barrels a day and this hemisphere could in fact be energy independent and energy secure. The good news is we have tremendous assets right here, positioning us for future security.

For the first time in a long time we should feel better about our long-term energy prospects.  While there are challenges, chief among them environmental concerns, we have renewable sources that are cost effective.

Energy security is critical to our future. We’ll be exploring these issues on two additional programs in the coming weeks so stay tuned, and go to our website at www.mccuistiontv.com, to view other programs on this and related topics.

Thank you for joining us. As always we appreciate your inviting us in to talk about things that matter with people who care.