Two years ago, Ross Ulbricht, “Dread Pirate Roberts, the creator of Silk Road, was sentenced to life in prison without parole for creating and running the Silk Road, a massive dark web drug market.

Since this program was taped, an appellate court denied an application from his legal team. Ross has received two life sentences without parole. This last weekend I interviewed Lyn Ulbricht, who is actively campaigning for a “fair” trial and his release and Terry Brock, CPAE, international management consultant and advocate of free enterprise, who spearheaded the highly successful Rossathon, which raised money for Ross’ defense.

Watch what they have to say…

Joining host Dennis McCuistion to talk about Ross, Silk Road and what led to a lifetime imprisonment sentence are: 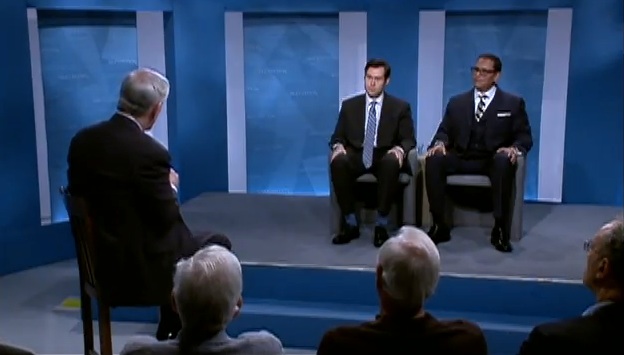 Ross’ case some say will impact first and fourth amendment protection as well as Internet freedom and privacy. It brings attention to Block chain technology, as Bitcoin was used for purchases. And it focuses attention on the war on drugs and drug prohibition policies, which our experts claim has failed and failed miserably.

What is the truth behind Silk Road? Was it a marketplace for buying drugs safely, or is there more to this story? And how did a marketplace like this lead to its founder receiving such a harsh prison sentence?

Since our taping of this program, Ross’ appeal was lost. “Ross Ulbricht was sentenced to life in prison without the possibility of parole for his role in creating and running Silk Road’s billion-dollar, anonymous black market for drugs. Judge Katherine Forrest gave Ulbricht the most severe sentence possible, beyond what even the prosecution had explicitly requested.

The three-judge appellate panel nonetheless affirmed the decision of the lower court-albeit with notes of muted criticism of American drug laws.

“Reasonable people may and do disagree about the social utility of harsh sentences for the distribution of controlled substances, or even of criminal prohibition of their sale and use at all, “the appellate court’s opinion reads. “It is very possible that, at some future point, we will come to regard these policies as tragic mistakes and adopt less punitive and more effective methods of reducing the incidence and costs of drug use.”

“At this point in our history, however, the democratically-elected representatives of the people have opted for a policy of prohibition, backed by severe punishment,” the judges writes.